BluPrints was set up with the vision of creating an Indian Electronics Product Company, that develops world class cost competitive solutions for the Indian market which is currently in need grassroots level innovation out of India. Our strategic intent is to empower business and society with world-class Indigenous technology platforms and tools used every day for simplifying lives.

The hardware platforms developed by us are design and software intensive, shaped into usable affordable, rugged and ‘relevant’ solutions, customized for different market segments, applications and pockets.

We provide top class printing products made with pride in India. Our printers can be operated with mobile phones and all the products that we developed give high quality performance, extreme durability & are portable. Some of our most popular printers are Bluetooth thermal printers and Bill & Receipts printers.

To design, manufacture, supply and provide total product support for high quality electronics and microprocessor based embedded systems /products to meet the qualitative requirements and specifications of customers with highest degree of excellence; while meeting their delivery schedules and stringent quality and customization requirements.

Our Strategic Intent is to empower business and society with world-class Indigenous technology platforms and tools used every day for simplifying lives.

The BluPrints Story is a decade old. However the “Blue Prints” for “BluPrints” can be traced back over four decades, when a young and vibrant energetic dreamer, having topped his career through IIT, UC Berkley and Stanford, with a great job at HP in Paulo Alto decided to surrender his green card, and return home to India with the single point focus to struggling through the license raj and a rather challenging business climate in India. The dream was realised, and a leading force in technology and innovation was created daring to do projects that not many could even think of.

It was this man’s daughter who would go on to create BluPrints amidst multitude of personal, professional and emotional turmoil and achieving something that many had doubted. Excelling throughout her academic career, she was very much her father’s daughter with the same grit, determination and stubborn headstrong nature, she graduated in Electronics and went on to do  MCA from IMT followed by MBA from the University of Leeds. Back home, she decided to join her father in his R&D based organisation where she played a critical role in the design and development of communication systems for the Indian Air Force, and tried to revamp a lot of marketing and business-related practices.

Having done all of that, she decides to kick off her own company with a rather strange goal of creating an entire Industry out of a single product. While her previous company had found it difficult to sustain ventures into the consumer market, Kavita decided to show them how it’s done.

Backing a single product- A Bluetooth Enabled Receipt Printer, she took off, never looking back. Despite suggestions to the contrary, Kavita was determined to prove that it was possible to excel if one really gets into it. Starting out with no more three junior people on her staff, in the basement of a building in a residential locality, BluPrints started rising from one accolade to another. Presently catering to 100 plus enterprise customers spanning a variety of business verticals, nearly 4 hundred thousand BluPrints devices are presently deployed across India and Africa. The BluPrints presence has also grown from a single location to sales representatives across multiple locations across the country.

An Industry controlled either by Chinese Suppliers or Billion Dollar Multi National Corporations, Kavita created products for users across diverse marketing domains and presently has been able to get a substantial market share in the industry.

The lone Receipt Printer has since evolved into something much more. With over fifteen variants, interfaces with a large number of peripherals and the relative ease of integration due to an intelligently designed SDK, the company has only grown. It was one of the few companies that actually experienced growth even during the Covid Pandemic. Where 2020 is looked upon my many as a dark year from business perspective BluPrints has actually seen a substantial increase in her turnover. With the able assistance of mentors and her sharp and vibrant team, Kavita is now setting her eyes on larger goals.

As the BluPrints products are being used as an essential part of Covid Testing Kits, Pizza Deliveries, Micro-Banking, Small and Large retailers and many FMCG companies, BluPrints is set out into products related to Aadhar Verification, MicroATMs, Handheld POS Machines, Restaurants and Home-delivery suppliers, Police Challans and so much more.

BluPrints is a testimony to the fact that grit and steadfast persistence is a major component of the Blue Prints for success.

An innovator and a design specialist, Kavita brings in creativity, ‘can do’ attitude and a practical solution providing approach to product design, that’s essential to fill the technology gaps, especially in Indian business.

Kavita has MBA degree from University of Leeds (UK), where she was awarded Student of the Year Scholarship. She also holds an MCA Degree from IMT Ghaziabad, and Electronics Graduation degree from Delhi University.

This unique combination along with core experience in Embedded Systems Design, in Building ATC and War-room communication infrastructure for IAF, enables Kavita to build ‘relevant and futuristic solutions’ tailor-made for specific business scenarios 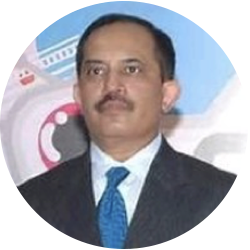 A thought leader with deep rooted understanding of Business Strategy, Consumer insights backed by strong execution skills that enables him to create disruptive and sustainable growth hacking opportunities. A strong orientation towards operations enables him to play a transformation catalyst role, aligned to market and revenue share objectives. 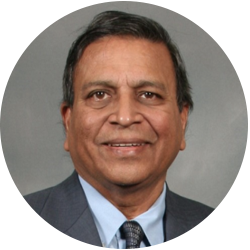 Technology Mentor
Mr. Aggarwal is a graduate of IIT Delhi (Electronics Engineering) and post graduate from University of California, Berkeley with a Masters degree in Electronic Engineering and Computer Science. He  has been personally spearheading the development of several mission-critical projects for Indian Air Defence and Indian Railways guiding a team of Embedded System Designers, and Industrial and Software Design Engineers over 4 decades.

The solutions designed by Mr. Aggarwal have been successfully addressing the end-users’ requirements of highest level security, ruggedness and 24×7 failsafe operations over the years. Through such a long duration of deployment, these systems have also awarded his company with yearly maintenance contracts and 5-6 cycles of obsolescence management.